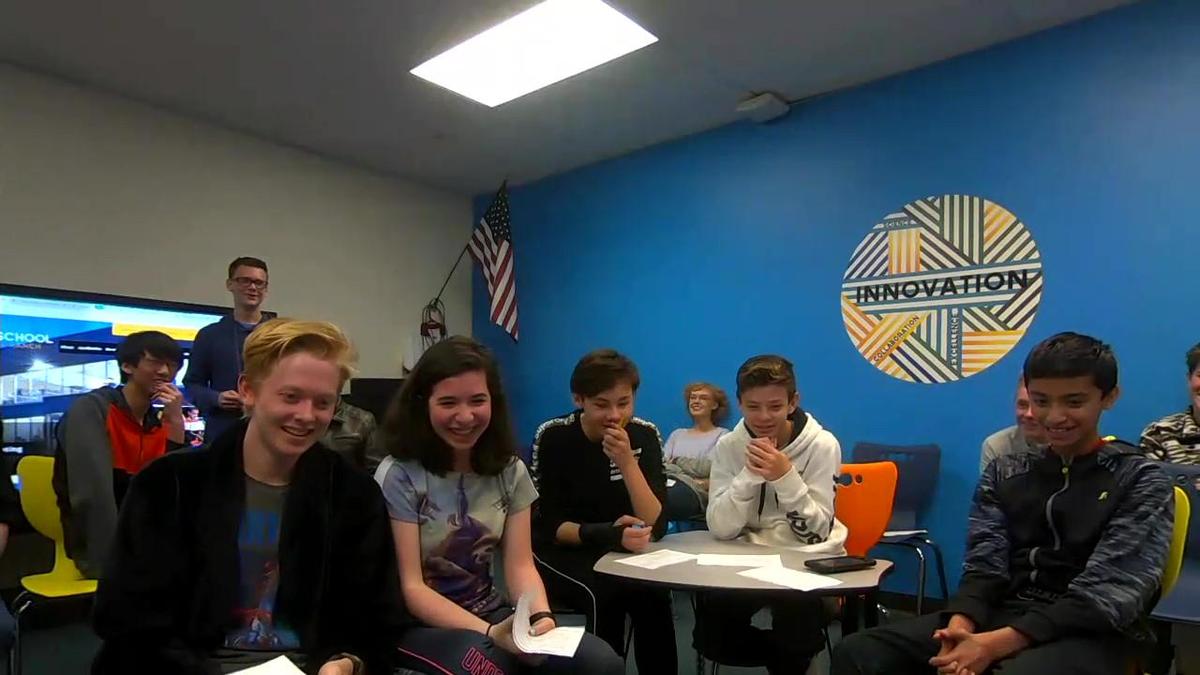 Discussions quickly turned to environment, politics and even gun control. It was clear that students at STEM and in Quebec have sincere interests in their community, country, and solving world problems.

THE SYNK is a very good learning opportunity for us students at STEM! In my opinion, I think every school should have a technology room like that one. It teaches us more about technology and how much it is evolving. The sync gives us an opportunity to communicate with people across the world which we wouldn’t normally be able to do.

During the Quebec classroom collaboration in THE SYNK, we spoke with the French Canadian Students. This activity was very interesting and engaging. Prior to using THE SYNK, we collaborated on Padlet, and we did not really get to communicate how the two cultures of the schools were different. But while using THE SYNK, we got to better communicate and understand the Canadian classroom we were working with. During This discussion, we learned more of what the Canadians thought of Americans by the questions they asked. We also learned many of the common stereotypes that arose during the conversation, like Canadians like maple syrup. This experience helped show how different the Quebec culture is better than through communicating on the internet as we could see the other students and hear them. Through THE SYNK, the communication on STEM’s end was very good as students from around the room could talk and the camera and microphone would pick them up. OverallTHE SYNK had greatly improved the discussion with the Quebec classroom and could be beneficial to communicate with other classrooms in other countries or guest speakers. 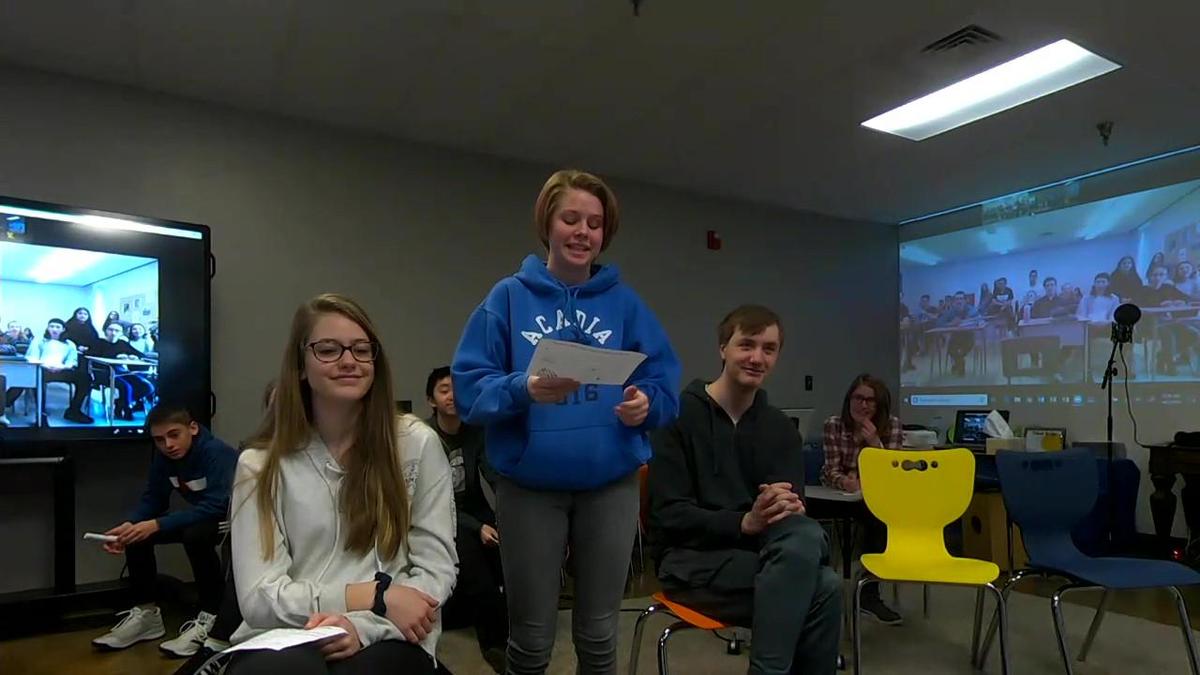 Speaking with the Canadian students the other day was an engaging and interesting activity. For the past few weeks, our class has been speaking with the kids in Quebec getting to know them and noting the differences between Quebec and the United States. We discussed things like stereotypes, hobbies, pop culture, etc. All of this helped us gain a new perspective on teenage life in Quebec and we saw that it wasn’t much different from ours. Then on Tuesday, April 2nd, we got to speak with the students using THE SYNK. Something notable about this experience was their ability to speak English. Unlike us, who can only speak basic French, the Canadian students were quite good at speaking and understanding English. This just goes to show how much more time they spend learning other languages than we do in the US. Additionally, it was interesting seeing how they felt about certain global issues like the environment and gun control. Something I thought interesting about the experience was just how similar our two countries and lives are. Sure there are differences, but, besides language the way they act, dress, talk, etc. is very similar to us and, I assume, many teenagers around the world. All in all, talking to the Canadian students was a unique and intriguing experience.

Overall, I believe THE SYNK Connection with the Quebec Classroom was a complete success. Personally, I became enlightened with the fact that the students in the Quebec classroom were almost no different from us. It was fairly obvious that both classrooms shared a similar percentage of extroverts and introverts who I believed could relate to their American/Canadian doppelganger. Prior to the digital conference, I initially believed that the Quebec classroom was populated by students who were overly pragmatic and unhumorous. Though now, I can assuringly state that I have never been more relieved to be incorrect. The witty conversational tangents that had stemmed from the practical questions prepared in advance of THE SYNK Connection made me laugh, smile, and desire to speak and contribute to the discussion even more.
Aragorn

Learning French while making friends and having fun was an amazing way to show caring and culture.

Spartan College of Aeronautics and Technology