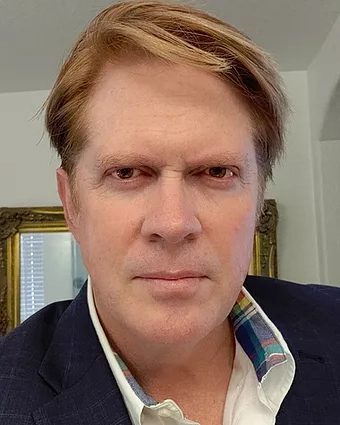 James Hardy joined the STEM School Highlands Ranch Board of Directors in May of 2022 as an elected Class A Parent member.

He first discovered the Boulder Valley as a young man in the early 80s. After several years of succumbing to Chief Niwot’s curse, he moved again, to South Florida. There he met his eventual wife and they had two boys. They decided to raise their boys in Colorado, so they returned to the Front Range. Both of his boys are enrolled at STEM Highlands Ranch and are raised to be Renaissance men.

Mr. Hardy is primarily an Entrepreneur by thought and deed, having founded multiple successful enterprises. However he has also functioned as a licensed financial advisor and equities trader, a general consultant in lower Manhattan, and he currently owns a small business locally. He is also an active licensed real estate Broker.

The majority of his business expertise is as a professional consultant specializing in contract negotiations, and dispute resolution through the “same side” approach rationale. While he personally coined this phrase over 30 years ago, he understands the general concepts that are actually deployed today in education and administration venues. He has successfully and cohesively adjoined fractured parties in multiple venues, including the political, corporate, and governmental landscapes. While he has not worked within the public school sector, he is comfortably confident in achieving desired goals as needed.

In his personal time he is a Master Sculptor primarily creating figurative works in bronze. He hunts and explores the Rocky Mountains (teaching his boys to do the same) and practices minimalist wilderness camping, primarily in the winter months above 10 thousand feet. As often as possible, he spends time with his beautiful wife, genius boys, and rambunctious dog, Buddy.