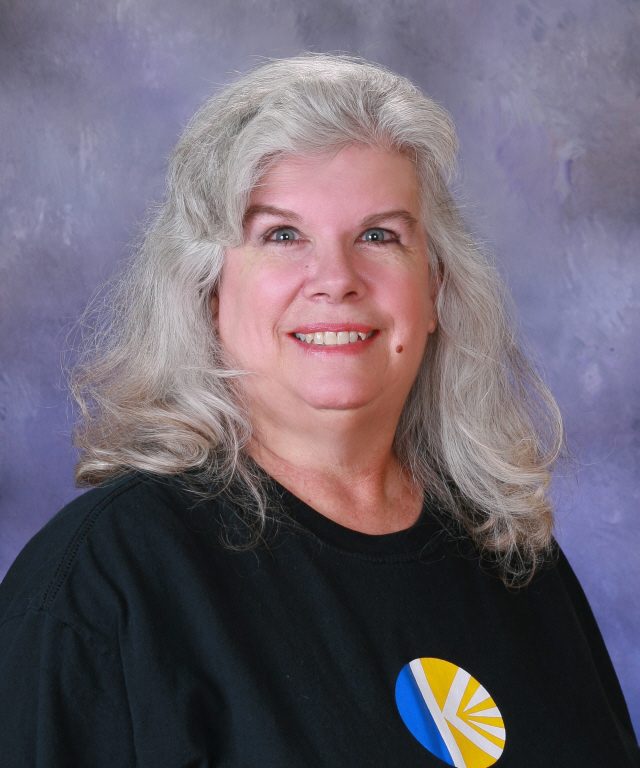 Ms. Katherine Falter has been with STEM School since August 2014 as a temp employee, then officially hired on October 1, 2014, serving as the Bookkeeper/Payroll Lead. She has seen much of the growth process and expansion of the K-12 classrooms as a year-round employee over the last nine years.

Before joining STEM, Ms. Falter started her career with Cooperative Educational Services in Albuquerque, New Mexico, back in the early 1980s. The company provided Ancillary services to the rural school districts of New Mexico. She then left in 1986 for a better job opportunity with McCollum Enterprises as the Office Manager/Bookkeeper. This was a Burger King franchise with 24 stores (17 in Albuquerque, 6 in El Paso, Texas and two in Cleveland, Ohio). She moved to Littleton, Colo., in 1991 and worked for the largest Domino’s Pizza Franchise as one of the Bookkeepers. After raising her three teenage children, in 1997, she had another job opportunity with advancement and worked for Associated Recovery Systems for 17 years and wore many hats (Full charge Bookkeeper, Office Manager, State certified Collection Manager, Legal Secretary). The business sold in 2014, and she was blessed to be hired by STEM.

Her passions are going to church, spending quality time with family and her eBay business.

She loves STEM School and feels like it is her 2nd family. She hopes STEM will continue to thrive and be a beacon example for all STEM Schools now and in the future. She is in awe of the many talents of students and staff. Very thankful to be a part of it all.