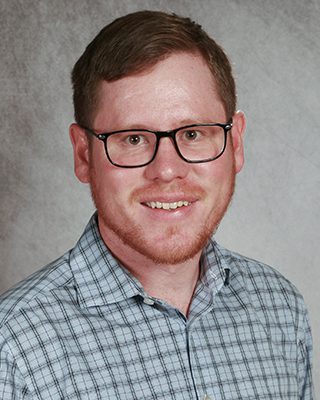 Daniel Kerwin’s first encounter with STEM came during the 2020-21 school year when he was placed at the school to fulfill his student teaching experience while completing his Master’s of Education at the University of Denver. He was mentored by Katie Hoffman, who was the 8th Grade Social Studies teacher at the time and feels very fortunate to have had such a terrific mentor. After a year of teaching middle school in Denver Public Schools, he was excited to return to STEM full-time for the 2022-23 school year.

Kerwin especially feels at home at STEM based on his multicultural upbringing, which included time spent at many K-12 international schools – schools that Kerwin says had a very similar atmosphere to STEM. He was born in 1988 in Melbourne, Australia, then went on to spend time in Auckland, New Zealand (1994-96), Hong Kong (1996-97), Essex, UK (1998-2002) and Yokohama, Japan (2002-2006). In 2006, the Kerwin family set up a home base in Colorado Springs, while Kerwin accepted enrollment at Macalester College in St. Paul, Minn.

After graduating from Macalester with a degree in History in 2010 (Media Studies and Japanese minors), Kerwin first pursued his passion for journalism as a sports reporter for the Worthington Daily Globe and the New Ulm Journal in Southwestern Minnesota. In 2013 he moved to Tokyo, Japan. He entered the teaching profession for the first time, teaching ESL to business people for AEON Corporation at a school right across from Tokyo Station in the city’s heart.

Upon returning to Colorado in 2016, Kerwin joined the construction crew building the Children’s Hospital in Colorado Springs before reentering the teaching profession, first as a substitute teacher in Colorado Springs District 11, then by pursuing his Master’s degree at DU.

Kerwin continues his love of sports by playing Australian Rules football for the Denver Bulldogs (a member team and multi-time champion of the United States Australian Football League) and by playing golf whenever possible. He is a fan of the St. Kilda Saints (Australian Football) in Melbourne, and the Yokohama Baystars (baseball) in Japan, and also supports the local Colorado teams (as well as having soft spots for teams in Minnesota and Georgia, where much of his extended family lives).

Favorite Place to Shop: Online for sports merchandise (or at the stadiums)