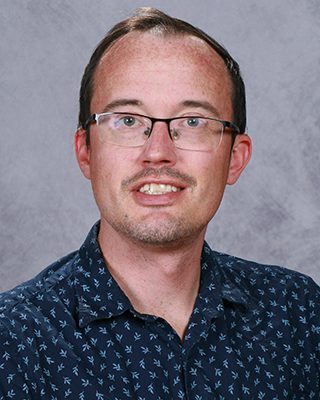 Keith Sweeney Joined the STEM team in 2021 as a teacher of Mandarin Chinese and world languages/cultures. He moved into a Secondary Science Teacher for the 2022-23 School Year.  He has a diverse background and interests that lend themselves to giving students an on-the-ground view of the amazing diversity of human cultures that exist around the world. After graduating from the University of Wisconsin- Madison in 2007, he moved to Beijing, China to teach English and immerse himself in the language and culture.

In 2011, he moved to Denver and pursued his licensure for secondary education at MSU Denver. After a great couple of years at Adams 12 Five Star Schools, he returned to Beijing to teach at Saint Paul American School, a school with a diverse and wonderful student population that hailed from all over the world. After returning to Colorado, he taught for the Cherry Creek School district until finally arriving at STEM.

In his own words:

I love developing strong relationships with my students and giving them a new perspective on the world around them, as well as their place in it. I’ve always felt that my students have as much to teach me as I have to teach them, and getting to know students from all backgrounds motivates me to be the best teacher I can be. I hope to bring my experiences and expertise to STEM in a way that creates a more culturally aware and worldly student population and to become a part of this great community.