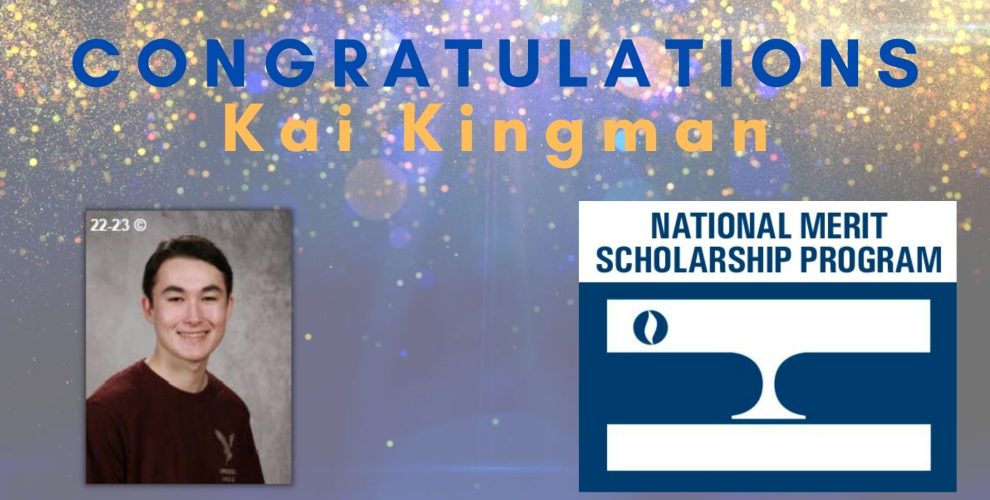 NMSC, a not-for-profit organization that operates without government assistance, was established in 1955 specifically to conduct the annual National Merit Scholarship Program. Scholarships are underwritten by NMSC with its own funds and by approximately 340 business organizations and higher education institutions that share NMSC’s goals of honoring the nation’s scholastic champions and encouraging the pursuit of academic excellence.

Three types of National Merit Scholarships will be offered in the spring of 2023. Every Finalist will compete for one of 2,500 National Merit® $2500 Scholarships that will be awarded on a state-representational basis. About 950 corporate-sponsored Merit Scholarship awards will be provided by approximately 180 corporations and business organizations for Finalists who meet their specified criteria, such as children of the grantor’s employees or residents of communities where sponsor plants or offices are located. In addition, about 160 colleges and universities are expected to finance some 3,800 college-sponsored Merit Scholarship awards for Finalists who will attend the sponsor institution.

National Merit Scholarship winners of 2023 will be announced in four nationwide news releases beginning in April and concluding in July. These scholarship recipients will join nearly 368,000 other distinguished young people who have earned the Merit Scholar title.