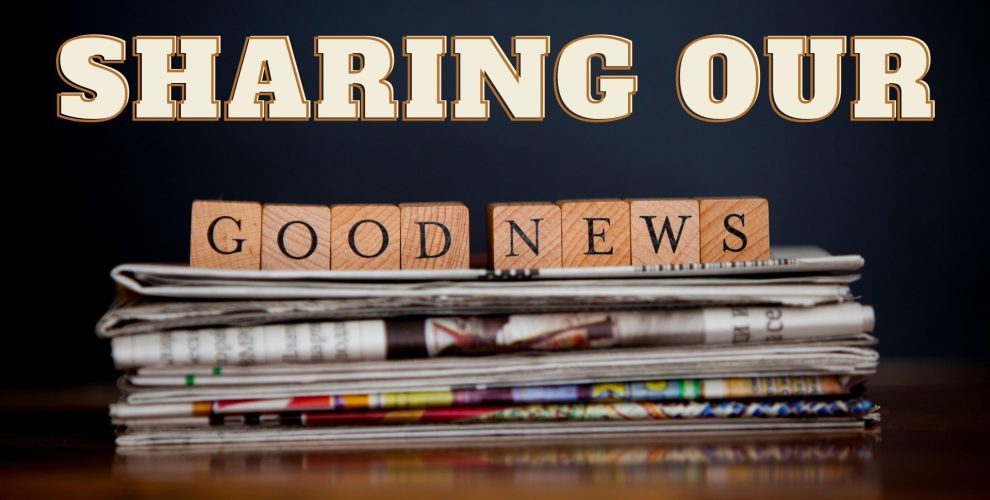 First Robotics STEM Alums Continuing to give back as Mentors

When Dakotah Mann attended classes at STEM School Highlands Ranch, he knew that working with engineering and robotics was a growing passion of his.  While he didn’t end up graduating from STEM, he still joined STEM’s First Robotics (FRC) team while he was finishing high school.  STEM’s FRC program gives its students the opportunity to work with robots on a team, and compete against other teams nationally.  Following high school graduation, Dakotah continued with FRC, serving as a mentor.  Eventually, he was hired by Lockheed Martin as a Systems Engineer, where he currently works.  Even though Dakotah is now working in his profession, he has chosen to continue with FRC, now serving as a coach for other mentors and students.  Dakotah’s story is an example of a student coming up through one of STEM’s programs, and voluntarily continuing with the program long after graduation.

High Schoolers enjoyed many Homecoming activities this past week, including the Powder Puff Game. Girls played flag football while the guys did the cheering! Thanks to the teachers who coached, refed and announced the game. 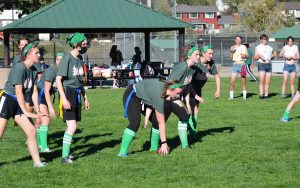 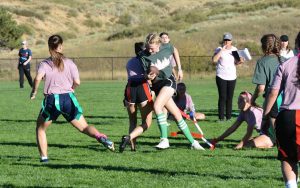 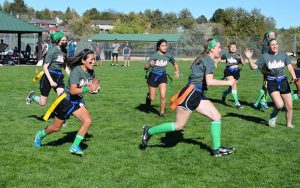 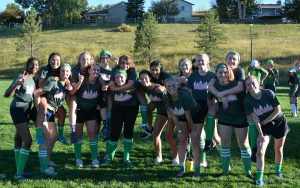 Chica Chica Boom Boom! Will there be enough room?

After hearing the story, “Chica Chica Boom Boom”, kindergarten students observed that the coconut tree bent because there was “too much weight and the letters fell down.” Students collaborated to plan and engineer a tree that would be able to hold more letters without falling down!

Gitanjali Rao, age 15, of Lone Tree, Colorado, has been named a winner of the 2021 Gloria Barron Prize for Young Heroes. The Barron Prize annually honors 25 outstanding young leaders who have made a significant positive impact on people, their communities, and the environment. Fifteen top winners each receive $10,000 to support their service work or higher education.

Gitanjali is an inventor, young scientist, and advocate for STEM who conducts workshops for students around the world to support them in creating solutions to pressing problems. In the past three years, she has conducted 335 workshops for nearly 50,000 students in places such as Afghanistan, India, Kenya refugee camps, and rural schools in the U.S. Her workshops guide young innovators through a prescriptive five-step process that she has developed and used for her own innovations. Named America’s Top Young Scientist in 2017, she has invented numerous devices to help humanity. She developed Tethys, a faster and cheaper way to detect lead in water. Her Epione device uses genetic engineering to diagnose prescription opioid addiction and her Kindly initiative helps prevent cyberbullying. Her latest project detects harmful water-borne parasites quickly and accurately via a genetically engineered biosensor.

Gitanjali leads workshops nearly every weekday by partnering with STEM organizations, museums, schools, refugee camps, and Girl Scouts, among other groups. She supports more than 200 K-12 students each week and is working with global organizations like UNICEF to extend her reach. Questions and feedback from her workshops prompted her to write her recently released book, A Y

oung Innovator’s Guide to STEM. Corporate and individual sponsorships allow her to provide the book free of charge to many students. Sponsors also fund local science fairs to encourage innovation from rural schools. “My work has shown me the inequality in students’ opportunities worldwide and that things I take for granted like clean water and qualified teachers aren’t available everywhere,” says Gitanjali. “I feel a moral responsibility to share the mentorship I received at an early age and I want to inspire students with a can-do attitude. I also hope my workshops highlight the need for innovation earlier in our educational curriculum worldwide.”

The Barron Prize was founded in 2001 by author T. A. Barron and was named for his mother, Gloria Barr

on. Since then, the Prize has honored more than 500 young people who reflect the great diversity of America. All of them demonstrate heroic qualities like courage, compassion, and perseverance as they work to help their communities or protect the planet.

“Nothing is more inspiring than stories about heroic people who have truly made a difference to the world,” says T. A. Barron. “And we need our heroes today more than ever. Not celebrities, but heroes – people whose character can inspire us all. That is the purpose of the Barron Prize: to shine the spotlight on these amazing young people so that their stories will inspire others.”