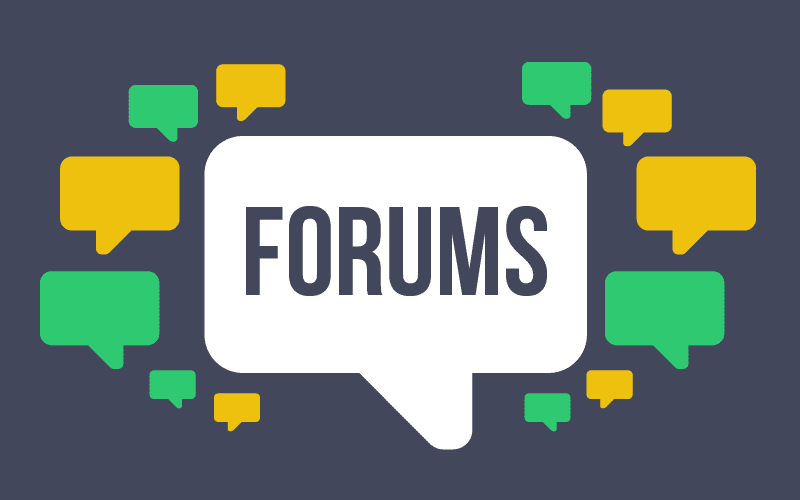 On Tuesday, April 27, members of the STEM Leadership Team and administration took part in a monthly Student Forum from 3-4 p.m. and then a Parent Forum from 5:30-6:30 p.m.

Student and Parent Forums are ways for both of our stakeholder groups to ask questions of the Leadership Team and Administration, get to know them and also make suggestions for STEM to take into consideration.

Below are both recordings from the Student and Parent Forums. Additionally, we’ve added a Q&A section to provide some additional answers to questions that were submitted electronically.

How did the conversation begin around changing the Secondary Schedules?

The scheduling team looks at ways to improve our schedules for efficiency both in terms of staffing and financially from year to year. In January, the team looked at current course-offering enrollment and current staffing numbers and determined there were over 50 courses that were under-enrolled, meaning they had less than 25 students per class.

The team then looked at the course-selection requests for all secondary students for next year, including those of our incoming students. Using that information, the team determined that we were overstaffed in certain subject areas for specific grades. They then entered into discussions with those staff members, which is called a Reduction in Force (RIF).

The Scheduling Team was also working simultaneously with our scheduling consultant to develop various scenarios to adjust our schedule to meet the needs of our projected enrollment and course-selected requests. The team presented the initial proposal of changes to the secondary schedule to staff on Friday, March 26 during a staff meeting and requested feedback. A Teacher Task Force was created to look in to how the proposal could be improved upon.

The Task Force met several times and on Friday, April 16 met with the scheduling consultant for a two-hour long meeting on learning the ins and out of how our schedule is built. At the conclusion of that meeting, the team determined that additional information was needed from the staff and a survey was conducted. On Wednesday, April 21, the team met again to discuss the additional teacher data that was collected and then developed the final schedule proposal with additional agreements that was then sent to staff on Friday, April 23.

A draft master schedule is being presented to staff to give them the first opportunity to see what their schedule would look like for them individually.

What does our Secondary enrollment look like over the last few years?

Below are some charts depicting our Secondary Enrollment since the 2011-12 School Year.

It has been said that STEM has an extensive Waitlist, but our enrollment is down. Is our Waitlist really extensive?

Families sign-up on our waitlist just about every day. The Waitlist is then organized by grade level. Certain grades have more students on their waitlist than others. For example, our kindergarten waitlist has more students on it than our sixth-grade waitlist. Mrs Webb processes through each new entry on the overall waitlist several times a week in order to help enroll students in the grades where we have openings.

If part of the reason for adjusting the Secondary Schedules is for financial reasons, why would we pursue adding a Secondary Gymnasium?

A number of years ago, STEM created a Master Plan to identify facility projects that were needed in order to improve the buildings and campus for students and staff. The addition of a Secondary Gymnasium was identified as a need for our campus in order to provide our secondary students with access to high-quality facilities. STEM began working with several architects to draw up the plans to see if there was feasibility within our campus to accommodate a Gymnasium. The next step in the process is to go to bond in order to acquire the funds necessary to complete the construction project. No money is being used from teacher salaries or benefits for this project. Bond money cannot be used for teacher salaries.

How is STEM funded?

STEM is funded through per-pupil revenue that is determined initially by the Colorado State Legislature. A predetermined amount of money is given to each school district, which then disseminates the money to each school. Colorado is one of the lowest funded states for education in the U.S. In a severely low-funded state, rural and urban schools receive far more than suburban schools. The US average in 2020 was $12,612 per pupil. STEM receives just under $10,000.The Douglas County School District is one of the lowest funded school districts in the state.

DCSD charges STEM 5% each year for services that are not provided to our staff or students in the areas of transportation and special education, to name a few. STEM uses what is left over to pay for:

Many times comparisons are made between the salaries offered for staff members in other districts. However, that comparison is not a fair one to make as other districts get a different amount of funding than DCSD.

How are teacher salaries determined?

STEM always starts first by looking at what the base salary is for that teaching position within DCSD and the increases that by $1,000. The hiring team uses a rubric to then determine additional increases in salary based on a teacher’s experience. For example, if they have a master’s degree, their salary is increased by a pre-determined amount.

It has been mentioned several times that STEM has a cash reserve of $10 Million. Why can that money not be used?

As STEM goes to Bond, a percentage of money needs to be put aside in reserve (Cash-On-Hand) based on a specified number of days in order to secure an excellent bond rating. This money stays in reserve in order to show investors that STEM is financially viable and stable so that additional investors purchase bonds.

State funding is projected to go up for education. What does that mean for STEM?

State funding dropped going into the 2020-21 school year by close to six percent due to the impact of the pandemic. Due to that, many school districts (including DCSD) froze staff salaries to the previous year and required teachers and staff to take furlough days. STEM worked really hard to ensure that the promised five percent salary increase would still remain in effect and that no teacher or staff member would have to take any furlough days.

Support our STEM Track and Field Team!
Comments are closed.